Browse our list of frequently asked questions. Click on the TITLES to expand and reveal more information

Are you the Public Employees Retirement Association?

No, we are the Production Engine Remanufacturers Association. For information on the Public Employees Retirement Association of Colorado, click here, for Minnesota, click here.

Who can become a member of PERA?

Membership to PERA is open to any engine remanufacturing firm who rebuilds a minimum of 25 engines a month and to suppliers of engine components, parts and shop equipment. Members must be dedicated to the highest standards of business ethics, customer satisfaction and employee consideration, as well as to the continual upgrading of the engine remanufacturing industry. To find out more about membership or to fill out a membership registration form, click on the membership tab and download a membership registration form.

Does PERA have a newsletter?

What is the Core ID Software Program?

EngineDataSource.Com is the next generation of the original SourcePERA program from PERA.EngineDataSource.com is a fully web based product available to everyone, PER ’s, CER’s, DIY’ers or anyone that is just curious about their vehicle’s engine. No more need for room on the hard drive for a software that requires a quantum amount of space. No need for high powered processors since the drive power is in the PERA server.

EngineDataSource.com provides of a wealth of information to help the custom, production, or do-it yourselfengine remanufacturer or rebuilder. It currently contains casting numbers and pictures to help identify the major components, and importantly, the differences between similar components. The system will also provide you with a major component bill of material (in an industry embraced common numbering system) as well as a full bill of material for all components that are available through participating aftermarket suppliers.

In the future EngineDataSource.com will provide access to over 73,000 OEM bulletins, as well as dimension, clearance, and torque specifications to further aid the automotive remanufacturers and enthusiasts.

By the end of 2004 we believe that EngineDataSource.com will be a product that engine Remanufacturers / Rebuilders worldwide will not want to be without.

For more details, pricing, vendor specs, or to take a “test drive” see their website here.

How many members does PERA have?

One big distinction with PERA is our size. We are approximately 100 companies strong, but these companies are the leaders in the industry. Our size enables us to provide an atmosphere where you will meet other members more readily to share information and concerns.

How do I become a member of PERA?
Membership in the Production Remanufacturers Association may be one of the most important steps you can take to improve the productivity and profitability of your engine remanufacturing business. For the knowledge, experience and personal contacts you need to build your business, consider the advantages of joining PERA today. For more information and the application form, click on the membership tab and download a membership registration form.
Why should I buy a remanufactured engine?

In the 1970’s the average family spent 25% of its household income to buy a new car. Today, with the average new car costing $20,000, they have to spend 60% of their income. The cost of used cars today, at an average over $18,000, adds to the difficulty of the average family trying to upgrade their cars economically.

With the improved quality of today’s bodies and chassis, replacing the engine makes economic sense. With an investment of $1,500-$3,000, you can repower your vehicle with a remanufactured engine that has been returned to original equipment specifications. You can expect performance and durability to equal or exceed that of the original engine. Many remanufacturers offer warranties that range from one to three years. Some are even longer and some are even nationwide.

In its simplest terms, remanufacturing is the process of returning a used, worn out engine to as close to new as possible. The engine is completely disassembled, cleaned, inspected, remachined, reassembled and tested to insure functional quality.

Wearable parts such as bearings, rings, pistons and gaskets are automatically replaced. The completed engine is tested for compliance with normal operating standards.

What remanufacturing is not?

Recycling – does not meet the requirements of remanufacturing. In the automotive sector, this term usually refers to the reuse of a product that has been removed from a scrap or salvage vehicle and resold with little or no work performed on it.

Repaired – an imprecise term that merely means that the product has had enough work done to make it operational. You could not expect “like-new” performance or life expectancy from a repaired unit.

Used – refers to a product that is not new and has received little or no repair to correct existing problems or testing to insure no problems exist. Therefore, its useful life is unknown.

How large is the engine remanufacturing industry?

How large is the total remanufacturing industry?

$53 billion dollars is the estimated total annual sales of 73,000 firms remanufacturing all types of productions such as engines, engine components, office furniture, toner cartridges, office equipment and many others. That is on par with the American steel industry, one of the U.S.’s primary business sectors. The direct employment of these 73,000 firms is 480,000, twice the level of the American steel industry and equal to the entire consumer durables industry.

It should be noted that this number does not include indirect employment or sales related to remanufacturing such as core suppliers, parts manufacturers, equipment suppliers or those in the distribution system. The effects of remanufacturing extend far beyond the actual remanufacturing process. Although remanufacturing grew out of necessity, today it is a major force in our economy.

This information was made possible through a federally supported research project by Boston University. Argonne National Laboratory, funded by the U.S. Department of Energy, awarded a contract to Boston University in January, 1994 to determine what role remanufacturing has to the U.S. economy. With the assistance of remanufacturing trade associations, Professor Robert T. Lund of Boston University established a database of 11,000 American remanufacturing firms, representing eight industry sectors: automotive, compressors, electrical apparatus, machinery, office furniture, tires, toner cartridges, and valves.

1,003 firms were surveyed at random to obtain information on company sales, employment and product categories. On the basis of this information, plus further assessments from industry experts, Boston University was able to arrive at the first systematic look of the total industry size. Their findings were published in a report entitled The Remanufacturing Industry: Hidden Giant. This report is available by sending $40 US (includes domestic shipping) made payable to Boston University to:

Why is remanufacturing considered the ultimate form of recycling?

But why is remanufacturing considered the ultimate form of recycling? First, one must consider the definition of recycling. The term recycling is generally applied to consumable goods; such as newspapers, glass bottles and aluminum cans. However, recycling can also apply to durable goods; such as an engine. Once these goods are consumed, they may be recycled, meaning they are removed from the waste disposal stream, returned to their original raw material form and serve as raw materials for a manufacturing process. The environmental benefits of recycling are easy to comprehend; recycling reduces the quantity of waste headed for landfill space and adds multiple lives for the earth’s raw materials.

If an engine were to be recycled, the steel from the item would be saved from the landfill space and could be used to produce another item requiring steel. However, remanufacturing offers a better alternative yet. According to an entry by Professor Robert T. Lund of Boston University in the book, The American Edge: Leveraging Manufacturing’s Hidden Assets, remanufacturing differs from recycling because remanufacturing“recycles” the value originally added to the raw material.

According to Lund, “Remanufacturing also differs from recycling, most importantly because it makes a much greater economic contribution per unit of product than does recycling. The essential difference arises in the recapture of value added. Value added is the cost of labor, energy, and manufacturing operations that are added to the basic cost of raw materials in the manufacture of a product.

“For all but the most simple durable goods, value added is by far the largest element of cost. Even in a product as simple as a beer bottle, the cost of the basic raw materials (sand, soda, and lime) is much less than 5 percent of the cost of a finished bottle. The rest is value added. For a product such as an automobile, the value of the raw materials that can be recovered by recycling is only in the order of 1.5 percent of the market value of the new car.

“Value added is embodied in the product. Recycling destroys that value added, reducing a product to its elemental value – its recoverable raw material constituents. Further, recycling requires added labor, energy, and processing capital to recover the raw materials. When all of the cost of segregation, collection, processing, and refining are taken into account, recycling has significant societal cost. Society undertakes recycling only because, for all nondurable and many durable products, the societal cost of any other disposal alternative is even greater.”

Remanufacturing recaptures the value-added product when it was first manufactured. In fact, a 1981 Massachusetts Institute of Technology study on the remanufacturing of automobile components indicated that approximately 85% of the energy expended in the manufacture of the original product was preserved in theremanufactured product. This is why remanufacturing is considered the ultimate form of recycling.

Other Environmental Benefits of Remanufacturing

According to studies performed at the Fraunhofer Institute in Stuttgartt, Germany, energy savings by remanufacturing world-wide in a year equals the electricity generated by 5 nuclear power plants or 10,744,000 barrels of crude oil which corresponds to a fleet of 233 oil tankers. The Fraunhofer Institute also determined that raw materials saved by remanufacturing worldwide in a year would fill 155,000 railroad cars forming a train 1,100 miles long.

Because products that are remanufactured are kept out of the waste stream longer, landfill space is preserved and air pollution is reduced from products that would have had to be resmelted or otherwise reprocessed. A product can always be recycled. Extending product life through remanufacturing is the key to leveraging the earth’s natural resources. 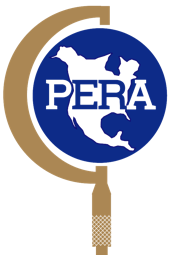 The Daunting Dilemmas of Duramax Differences!

There’s A Right Way and A Wrong Way To Remove Mass and Install Heavy Metal!

Discover the benefits of becoming a PERA member
SEE DETAILS